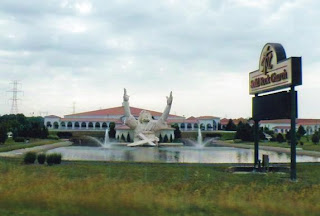 I found this picture of the old "King Of King's" statue near Cincy.

We all know it was burned after being hit by lightning, and last I heard, they were hoping to rebuild it.

It was something to see. This photo was taken from a moving car passing by a few years ago. We always called it "Touchdown Jesus" for obvious reasons.

I do hope it gets rebuilt, as it is a cool roadside attraction!
Posted by jimerado at 12:46 PM No comments: 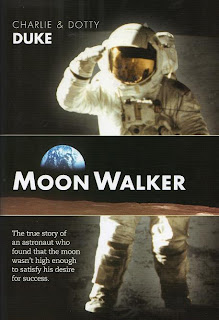 I still get a kick out of hearing about the Apollo program. In fact, I am a little baffled by the fact that everyone isn't still amazing by what we did during that period.

Only a fist full of guys have stepped on the moon. Charlie Duke is one of them.

I really enjoyed his book "Moon Walker." Duke talks about his time working his way up through the military ranks, and getting involved with NASA.

The book talks a lot about his time to, from, and on the moon. Obviously, that is the story most people want to hear. Duke doesn't let the reader down.

I was glad the he talks about many of the little details. Using the bathroom in space, the troubles of drinking orange juice while in a space suit, and other odd issues are covered.

Duke really comes off as a nice guy, and I am glad that he and his wife stick together for so long. The story of them meeting, dealing with astronaut issues (he IS away from home a lot) and finding a way to keep things going is very nice.

Charlie spends time talking about the stressors of the Apollo program ending. He has trouble figuring out what he should do next. Ultimately, he gets involved in beer distribution, but he later leaves that behind, feeling some ethical issues tugging at him.

Charlie does go on an extensive religious kick at the end of the book (he is very open about his Christianity). For those not interested in reading about his religious views, he does save it for the end. The first 250 pages or so are pretty much the story of his life and space exploration. The last 30 pages or so are his testimony. Someone not interested in that part could still read about Duke's life and not feel preached to if they skip the end.
Posted by jimerado at 6:14 PM No comments:

Labelscar- a blog about malls

Hey, check out the blog "labelscar" at labelscar.com.

The guys that have put this blog together have done an amazing job!

When I travel, I really love visiting malls. There is something cool about a mall. You can get a feel for an area by stopping by their mall.

And we all have our own personal mall memories, and personal connections to malls. I have mentioned on this blog several times that I love the old Lincoln Mall in Owensboro.

Even when I travel, I feel connections to malls in different places. I was at the Opry Mills mall a few weeks before it flooded. I am hoping those guys are able to get things going again soon.

I could go on and on. There are some areas that we travel to a lot, and I enjoy stopping by the local malls in these places to see whats new, and what is still there.

Labelscar does a great job of giving a malls history, and they have lots of great pictures of the malls covered!
Posted by jimerado at 7:31 AM No comments:

Muffler Man near Madisonville (sort of) 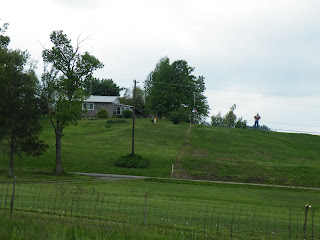 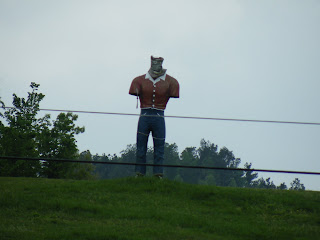 HEY! I don't think there are currently ANY muffler men in the state of Kentucky. VERY sad.

There IS the body of a muffler man near Madisonville! My dad actually spotted this one on a trip through western Kentucky.

He has no arms, and it looks like they have tried to make a head for him. Someone, help hook these guys up with a repro muffler man head (does such a thing exist?!?)!

He is on private property, but you can see him easily, though at a distance. I reported him to roadsideamerica.com and they have put an entry up for him!
Posted by jimerado at 8:53 AM 3 comments:

WOW! The world has been a busy place lately!

I have neglected my posts a little lately, and I would like to promise my loyal reader (mom) that I will not let that happen much longer. I do have some travel pics and other things to get up soon.

Obviously, baseball season is going strong, and I have really been focusing on my baseball blog (kentuckybaseball.blogspot.com). Check that out if you haven't already!
Posted by jimerado at 7:29 AM No comments: 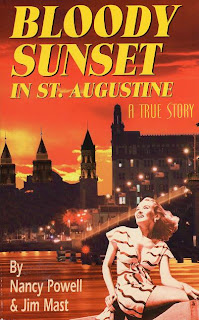 When we stopped by the visitor center gift shop in St. Augustine, I checked out their local interest books. This one looked strange so I picked it up.

The book is about the actual events surrounding the murder of Athalia Lindsley, a St. Augustine local with a very interesting past. She had been married several times, she was an actress, and she was involved in politics.

The book is written by a newspaper reporter/friend of the victim. She writes from a perspective of an insider to the events going on.

There is some dispute over who did the crime. The victim had some issues with her husband and with a local politician. The crime itself is officially never solved, though one person does go to trial over it.

The story is generally weird on many levels. There is a witness to the crime, another murder victim, and a church lends its support to a suspect. Plus, this is the late 70s, during a time before much of the modern technology we have now to investigate crimes.
Posted by jimerado at 6:12 PM No comments: 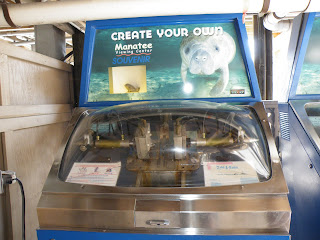 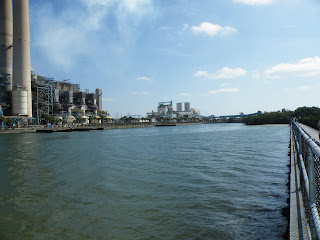 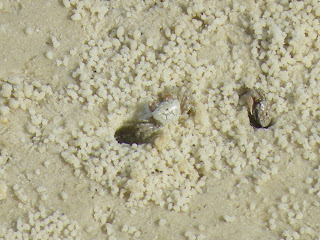 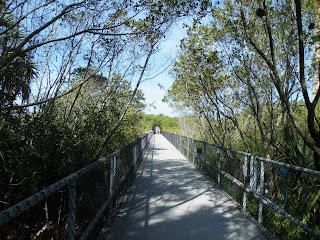 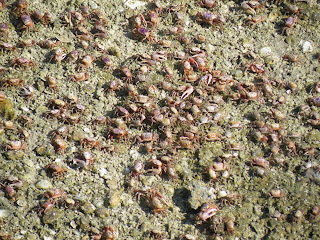 While in Florida, we stopped by the Manatee Viewing Station!

The Big Bend Power Station maintains the area, and they do a very nice job. It is free to walk around, and they have a nice gift shop.

Oh, and they have one of my all time favorite tourist souvenir items, a toy made from a mold-a-rama machine!

We actually did not see one manatee, but we still had a great time. In fact, it is just a fun area to take a walk for the heck of it. We did see some cool fish and crabs! Click on the picture of the army of crabs! Thousands of them were running around!
Posted by jimerado at 8:58 AM 2 comments: 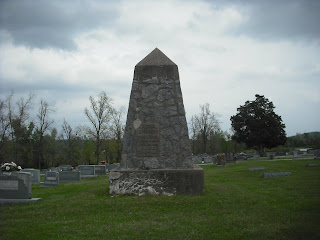 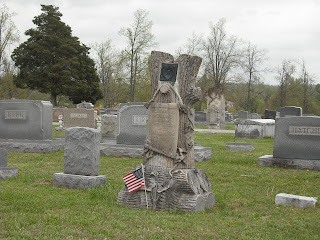 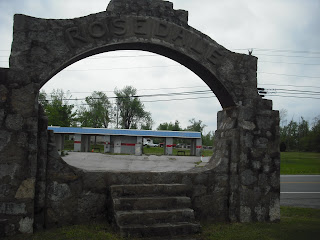 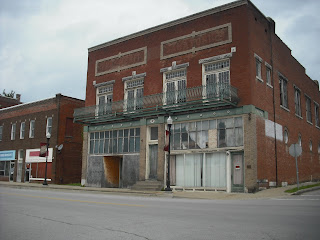 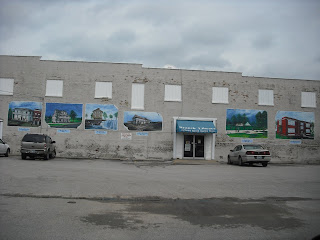 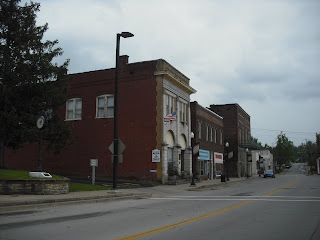 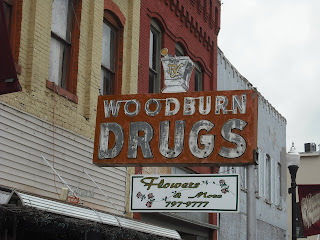 Posted by jimerado at 9:38 AM No comments: 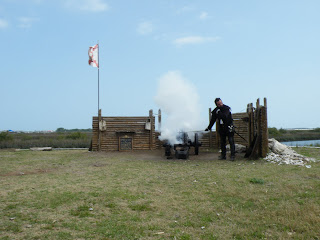 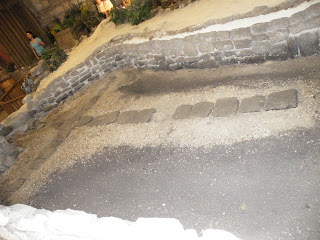 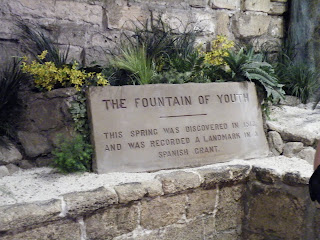 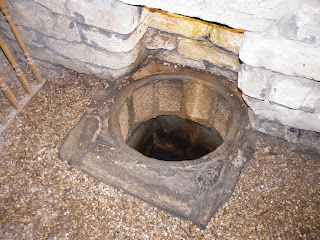 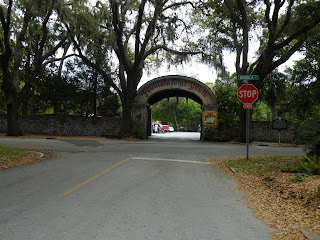 The legendary "Fountain of Youth" was a must see on our recent visit to St. Augustine!

Yeah, there is something cheesy about it. Even the park tells you that its pretty much just a spring, Ponce de Leon likely never stepped foot in the area, and a land owner in the early 1900s probably made up most of the legend of the place for the benefit of the tourists.

Still, it is darn cool. There is a cross in the ground that the old land owner suggested was put there by Ponce. It is still preserved right next to the fountain.

There are lots of artifacts relating to the early days of Florida's discovery here. They do a cannon shot every hour which is very cool. The actor portraying the Spanish soldier looked like he waled right out of casting and was very believable. He told a little history of the conflicts of the area, he explained the cannon, and then fired it! That was worth the $10 price of admission alone!

When I go back to St. Augustine again, this will be a place I look forward to visiting again. It is that cool!
Posted by jimerado at 8:10 AM No comments: